Morton is assigned to the FAA’s UAS Integration Office. His presentation, titled “Integration of UAS for Law Enforcement Applications,” drew an audience of police and law enforcement officials. He told attendees that the FAA wants police to report any sightings of small UAS flights. 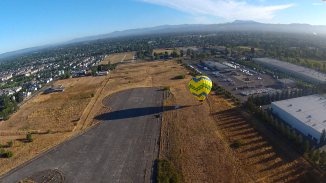 On-bike footage captured from Sunday’s sprint finish in Sacramento of the AMGEN Tour of California.

The Santa Rosa Police Department is investigating the disappearance of 17 year old Elysa Muniz from her home in the 1700 block of Fenwick Dr. in Santa Rosa. She was last seen at her home at approximately 8 p.m. on the evening of Friday, May 9th.

Video screengrab of initial construction of the Graton Casino in Rohnert Park in 2012 – taken from amateur suas footage.

A great deal of reporting is being done lately on the value of “drone journalism”. Coupled with the FAA’s legal wrangling over the actual legality of such newsgathering, we’ve got ourselves a First Amendment issue, folks.

This video was gathered by yours truly in June 2012 to document the progress of SMART working on improving our local railroad infrastructure:

The FAA thinks this should be illegal.

They also think this should be illegal:

What do you think? Do you have archival or newsworthy “suas” (small unmanned aerial systems) video to share with a larger audience? 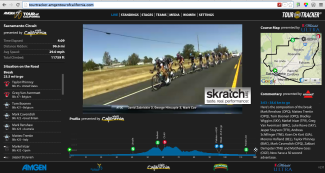 Live video feed from each day’s race is available at:
http://tourtracker.amgentourofcalifornia.com/ 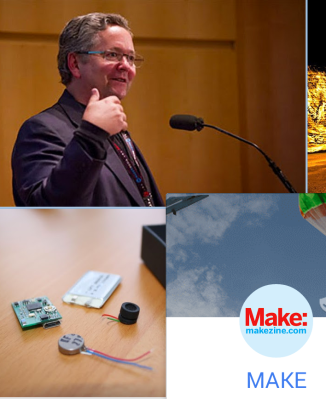 I’m sad to see something as cool as MAKE and Maker Media leave Sonoma County. However, the unfortunate fact remains that, as businesses with eyes towards a national & international niche, neither Maker Media nor O’Reilly Media seem very invested in their surrounding communities in the first place. Regardless, I wish them the best of luck, and hope maybe we’ll see their influence back in Sonoma County some day. ~jake

In the event you’re looking for the most beautiful place to take a mother for Mother’s Day brunch – join the Timber Cove Fire Department, 930 to 1130am in Plantation on Kruse Ranch Road.

A special treat is that the adjacent Kruse Rhododendron Preserve is in full bloom, and you won’t be disappointed! Details at the link.

This fella on the left, he’s my brother. He makes me proud 🙂 Not long ago I was awed when he told me the story about booking Aretha Franklin to sing the National Anthem at Comerica Park… For a Space Shuttle kid, this tweet right here seems even more exciting:

Thanks for sharing, Eli!  (Eli is a Santa Rosa native and Cardinal Newman graduate living in Detroit and working for the Detroit Tigers Major League Baseball team.)