To his credit, he tried.  He tried to let the West influence him.  Of course, Dennis Rodman isn’t exactly THE person that everyone in America would like to have representing them to DPRK.

But wait!  Dennis is planning his trip back – claiming that peace between ‘lil Kim and Barack would be his greatest accomplishment!

Backfire!  …and we’re back to the same-ole, same-ole: 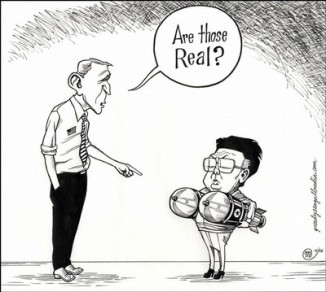